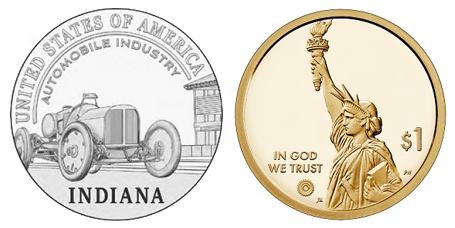 The CFA believes focusing on a single-vehicle is important in honoring Indiana’s automotive heritage.

Ford, General Motors, and Chrysler are generally the first companies that come to mind when American car buyers think of American cars. However, many automakers established themselves in the early part of the 20th century, including here in Indiana. The Hoosiers produced both high-end, luxury models and more affordable, equally appealing versions. They were also among the first electric vehicle manufacturers in Indianapolis.

A steady expansion of the Indiana automotive industry occurred until the Great Depression hit, leading to the closure of numerous companies or the sale of their manufacturing infrastructure to larger companies. Even though this era of Indiana history has come to an end, its influence can still be felt to this day.

Ford’s industrial revolution benefited from steel’s cheap and easy production by creating factory assembly lines and interchangeable parts. Without the invention of the automobile, life would be very different, and Indiana dominated the industry during the automobile era.

Car designer Elwood Haynes created the first successful model and tested his first car in Kokomo on July 4, 1894. One and a half miles later, he was driving his vehicle at a speed of seven miles per hour on Pumkinvine Pike in Kokomo. As a result, the Apperson brothers teamed up with Haynes and built some of the first American cars. They sold more than 7,000 cars by 1916 until Detroit went bankrupt in 1924.

Over 40 automobile factories were located in Indiana, including the following:

Characteristics of the American Innovation Dollar

Indiana’s increasing interest in racing is reflected in the design of the start line, which features an old-fashioned race car. The automobile required numerous improvements due to racing, such as a rearview mirror.

The dollar coins design reads, United States of America, Automobile Industry, and Indiana at the bottom of the coin.